* Originally published in Issue No. 2 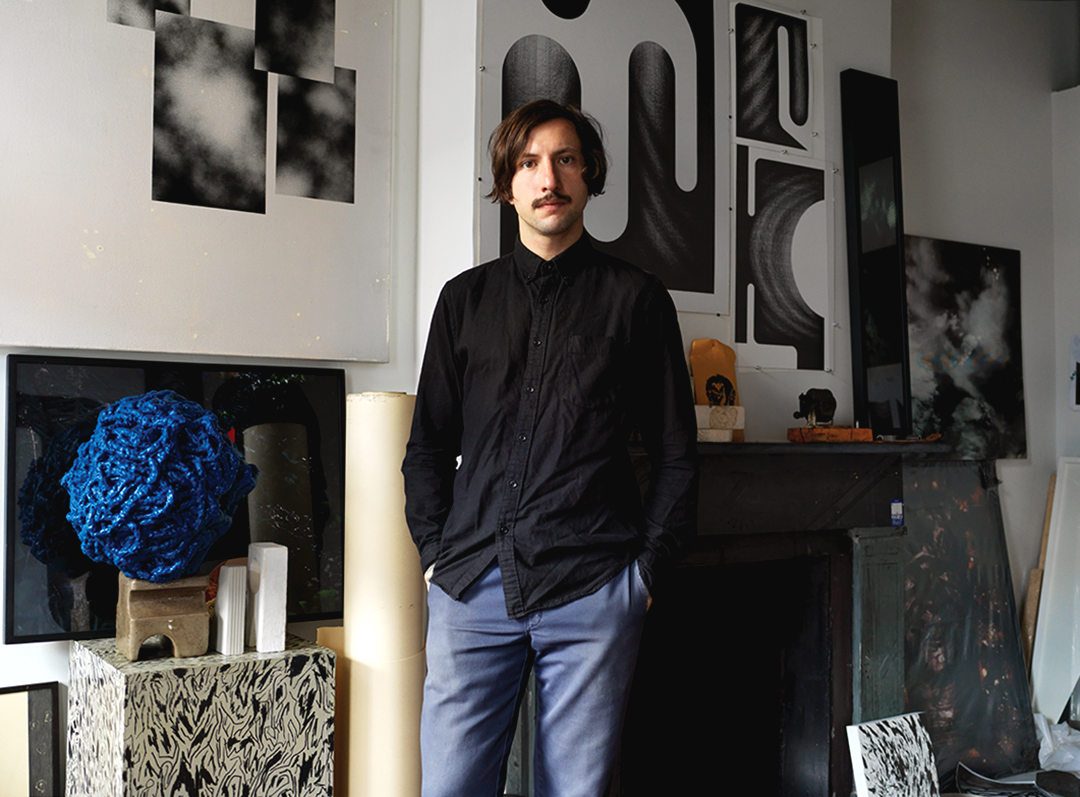 Born and raised in Milan, at the age of 21 Francesco Igory Deiana moved to California to pursue his own gold rush, made of surf and art. Over the past ten years, the self-taught visual artist – whose career started in part by shadowing the famed Mission School art movement in San Francisco – made a name for himself on the contemporary art scene. While his artistic practice is very much a constant experimentation with techniques, materials and media, Deiana is internationally celebrated for his labor-intensive ballpoint pen and graphite line-work pieces, impressive both in size and technicality. At the heart of his work is the exploration of the tensions existing between the analog and the digital, the raw and the polished, chaos and order. The poignant work resulting from these converging forces is a direct translation of the artist’s self inspection and his experience in our modern society. A few months ago, Deiana had us over at his apartment and studio in Williamsburg, Brooklyn, where he just recently moved. We sat down to discuss this new chapter in his life, learn about what keeps him a proficient creator and what feeds his creative process.

Anna Caradeuc (AC) – A few months ago you decided to take the jump and move to New York. Why now? What is in New York that you wanted to experience, both in terms of lifestyle and artistic pursuit?

Francesco Igory Deiana (FID) – I spent 10 years in California. Being originally from Europe, it made a big difference in terms of lifestyle and culture. New York City for me is Europe: I feel like it is the closest I’ve been to my culture or the way I grew up in over a decade. West Coast and East Coast are so far from each other and so different but I mostly moved here for the social aspect of it. I couldn’t be more thankful to have spent all this time in California but I felt the need to interact with the world more, to be less self-oriented, to live life fully and experience the good and the bad like many other people do, to give myself the possibility to run into someone whose job and life experience are completely different than mine. 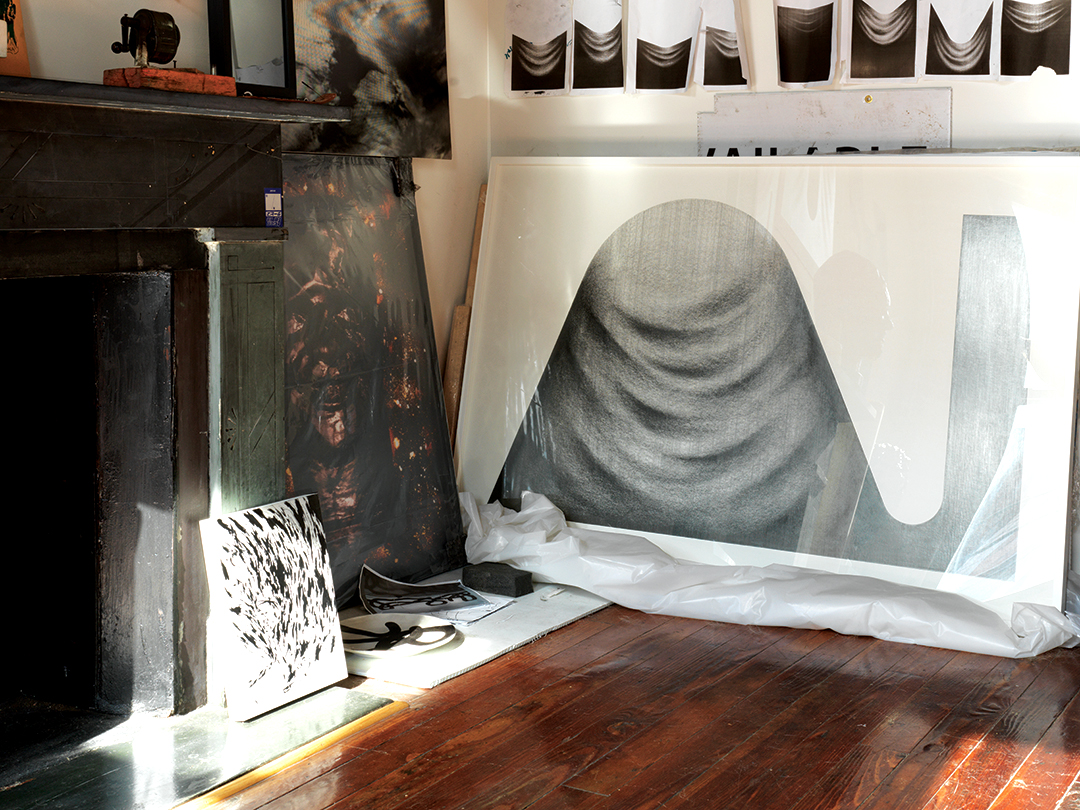 Anna Caradeuc (AC) – Looking at the works that can be found around your studio and apartment, I can tell that across media – whether you’re using graphite, ballpoint pen or bleach, to name a few – there is a common denominator: the meticulous, almost obsessive process behind every piece. How much is the process part of the value you give to your work?

Francesco Igory Deiana (FID) – My work does have a lot to do with the process or at least it has been until now, particularly as I often approach it as a study or some type of research, but it doesn’t have to always be that way. What comes first for me is the result that I want to achieve, without necessarily thinking about the way I will get there. The materials I’ve been using so far can be quite labor-intensive, especially if we are talking about the large scale pieces. I also work very instinctively and if what it takes to achieve my vision is to move my hand like a machine for the next 20 days, then I’ll do it. That said, within those mechanically-like filled-in areas, repetitive lines and shading there’s a lot of feelings and human rawness that can be quite hard to read through photography. I really consider it work that you have to experience in person and look into it, acknowledge the mistakes and the reflections of it.

Anna Caradeuc (AC) – The way you work has often been characterized as being extremely painstaking, almost like a struggle: the struggle to be precise, the struggle to repeat the same movement over and over. Is this something that comes naturally to you or do you have to get ‘in the zone’ to be able to execute? Is the idea of discomfort something that you are aware of when you work?

Francesco Igory Deiana (FID) – It’s more about the result that I want to achieve, but as I explained before there are a lot of emotions going through my work. Discomfort is not exactly the main idea but conceptually it kind of goes full circle and there is a lot of discomfort. The reasons are never-ending, some are personal but many are shared with all of you because of the point we have reached with the world and our society. My work is often a direct translation of what goes on inside my head and how I experience the world around me. 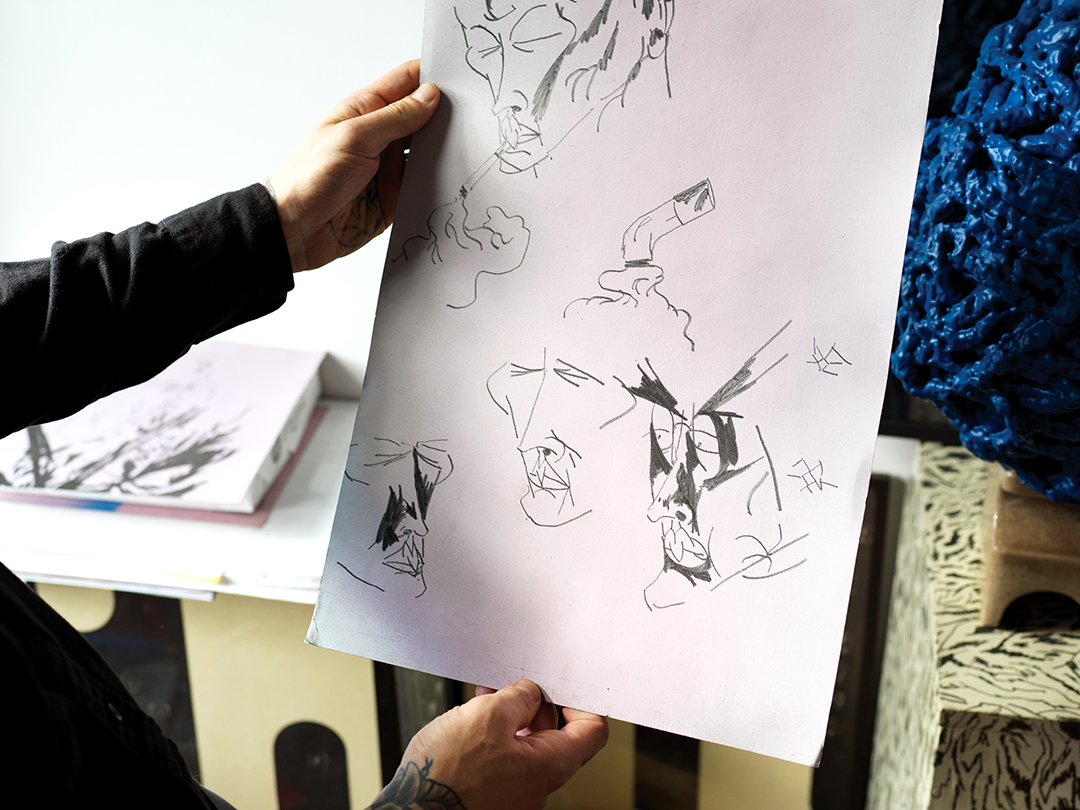 Anna Caradeuc (AC) – The intense level of labor required by your work also comes from the materials you choose to work with, which could be considered more utilitarian than artistic, in the classic sense. I’m thinking for example of the sculpture of the head covered entirely with ballpoint pen ink or your line work with graphite, itself known as one of the most unforgiving materials. What draws you to such materials?

Francesco Igory Deiana (FID) – When I first started to work on art, that’s what my pockets and space had to offer, free pens. So I decided to make something insane out of the most common material. I was in love with the result you could achieve and eager to explore my own way to work with it. I guess that’s how my “studies” started. I later on switched to graphite mostly because I find it to be a fascinating material, and I think it elevates the type of work I do. If we reference a piece like photoshop brushstroke – which is a massive reproduction (12 feet tall) of a shape done with the ‘brush stroke’ tool on Photoshop – it looks very imprecise, as much as it would if you traced a similar shape with your finger on a computer pad. That particular imprecision comes from using graphite, which was the material adapted to the result I was looking to achieve. I wanted to show the overlap of these fat lines filled-in almost like fish scales, in such big proportions that the light would be forced to hit the surface from different angles, creating a very reflective contrast, almost like magic. 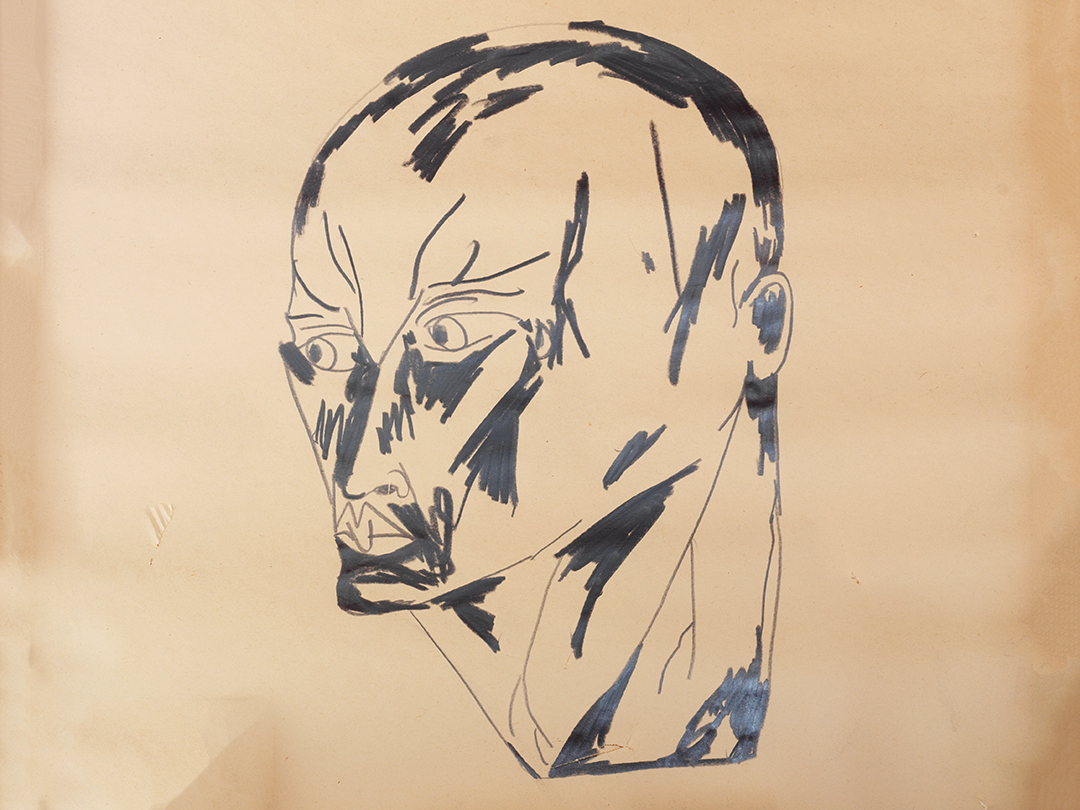 Anna Caradeuc (AC) – You seem to go through phases with both materials and processes, where you compulsively explore all the possibilities of a specific process and/or medium until you move onto the next one. What is it that pushes you to explore new ways to express yourself? How do you determine which process or material sticks to your artistic vision? Do you see each phase as part of the same overarching path?

Francesco Igory Deiana (FID) – I simply get stimulated by different media and materials. Like I was saying, I see part of my practice as studies so I like to be engineering my own materials, it’s very fun for me and I can’t get enough of it. Limitation is what kills me.

Anna Caradeuc (AC) – Aside from your illustration work, you also do sculpture and experiment with video and photography. Do you see any connection between one medium to the other with the work you currently do? For example animating the shapes you create with line work or bringing those same structures into the material world?

Francesco Igory Deiana (FID) – Totally, I think all is connected. My 2D and 3D works definitely have similarities. A lot of my 2D works that look like solid shapes are potential sculptural works, and indeed some of them are soon to become multi-dimensional. Similarly, some of my sculptures are inspired by 2D works I did, and are translated dimensionally under a different key. I also work with found objects for my sculptures and that happens instinctively when something strongly related to my work and my creative vision comes my way. 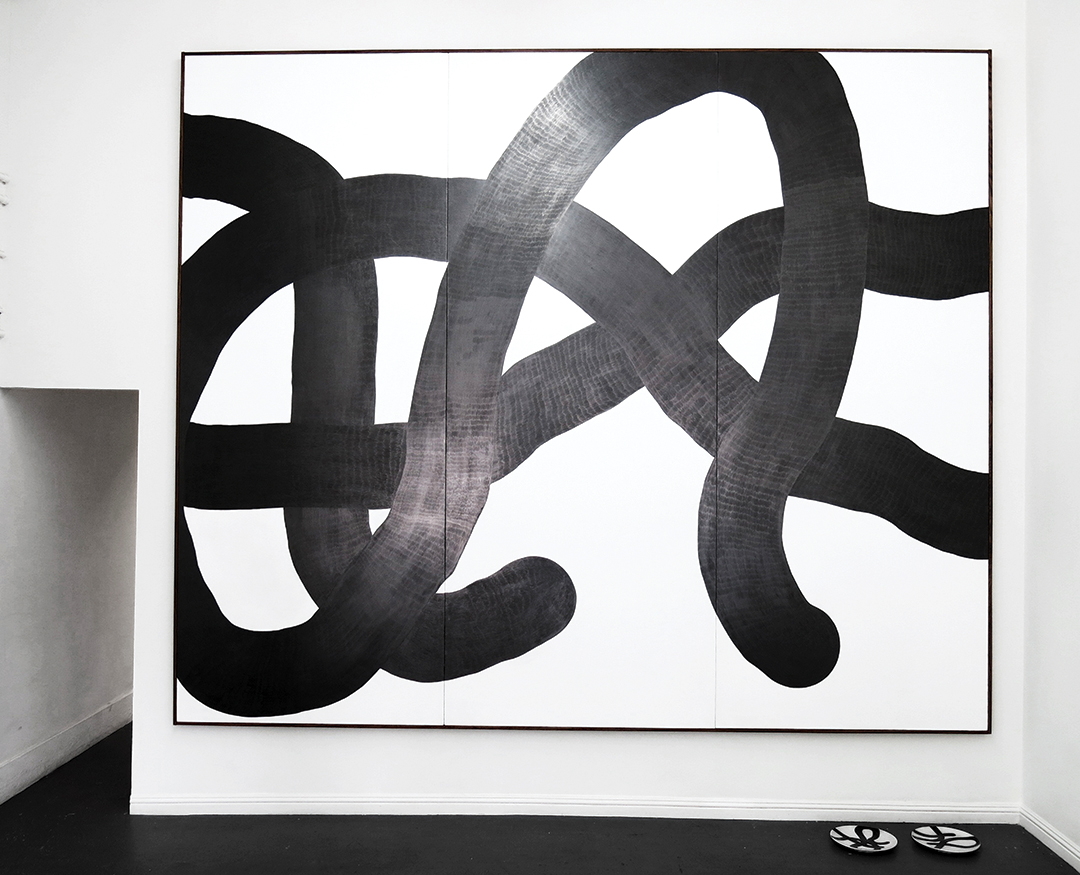